Recently, ICICI Bank announced its banking app iMobile Pay, which would be free for all to use. Yes, you got it right. A customer need not be a card holder with the bank to avail its online banking facilities.


Pretty much like how you use Google Pay, PhonePe, etc., for paying bills and purchase through UPI.


But ICICI is not alone to bring this concept forward. State Bank of India (SBI), has also announced to upgrade its app YONO with open for all features in 30 days.

In fact, Axis Bank has had a similar app since 2017. But it was pulled off temporarily in June for some upgrade, however, the banks’ executive vice-president and head digital banking, Sameer Shetty, informed that the app will be back soon.


But unlike fintechs, banks have more to offer. What’s that and what do banks gain by opening their apps for all?

Tune in to the podcast for more

Some Australians face a prolonged period of unemployment as a result of the COVID-19 pandemic, a Reserve Bank of Australia analysis has warned.…

Shares of chemical firm UPL Ltd closed nearly 11 per cent down on Thursday on reports that a whistle-blower had alleged corporate governance lapses in the company and that its promoters had siphoned off funds. The whistle-blower also alleged that UPL entered into rent deals with a shell company owned by its employees and paid crores of rupees in rent for properties held by the latter, which was earlier owned by the promoter family.


The company, owned by the Shroff family, however, said this was an old matter and was reported to the audit committee in 2017. After an independent probe, the matter was closed, it said.


In a statement to the stock exchanges, UPL denied that the whistle-blower was a member of the board. “An identical whistle-blower complaint was received by the audit committee of UPL on June 2, 2017,” the statement said. 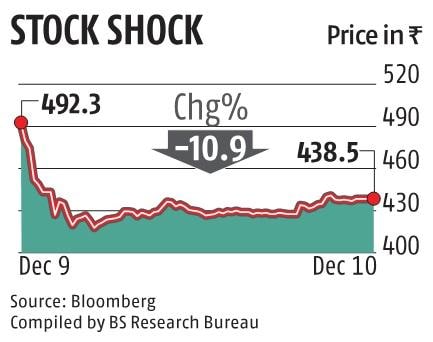 “The whistle-blower committee, which comprised only independent directors, was constituted by the audit committee to investigate the

DR Congo legislators on Thursday voted in favour of removing the National Assembly’s speaker, in the latest round of a bitter dispute between President Felix Tshisekedi and supporters of his predecessor Joseph Kabila.

After extraordinary scenes in parliament this week, when police were brought in at one point to end brawling, MPs voted in favour of a petition to force out the National Assembly’s pro-Kabila speaker, Jeanine Mabunda.

Kabila’s supporters in the Common Front of the Congo (FCC) party accuse Tshisekedi of breaching the constitution.

The party say Tshisekedi is plotting to establish a “dictatorial regime, in the service of personal power”.


“The positions (between the pro-Tshisekedi and pro-Kabila sides) seem irreconcilable — it’s a tug of war,” said a diplomat, who feared “major tension” lay ahead in DRC’s political institutions.

Hundreds of police controlled the entrance to the sprawling parliament, known as the Palace of the People, only allowing MPs, accredited journalists and parliamentary workers through.

Dekorasi Rumah Masakan Indonesia Tech Update small business
Are you looking for "โป๊กเกอร์"? Check out เกมส์โป๊กเกอร์ The passionate experts in this field are ready to answer all of your requests.
The professional company injurylawyer provides all the information on NYC Personal injury law firm.
check out this page for a dependable seller that will give you the Florida HVAC Contractor you're looking for quickly and easily.
Find all the info that you need about " Bo Vegas Casino casinobonus2 " at https://www.casinobonus2.co
psychsvc made a real revolution in the industry.
Visit www.almiriatechstore.co.ke to find out more regarding Networking Equipment shop
For more woblogger consult the experts at https://woblogger.com